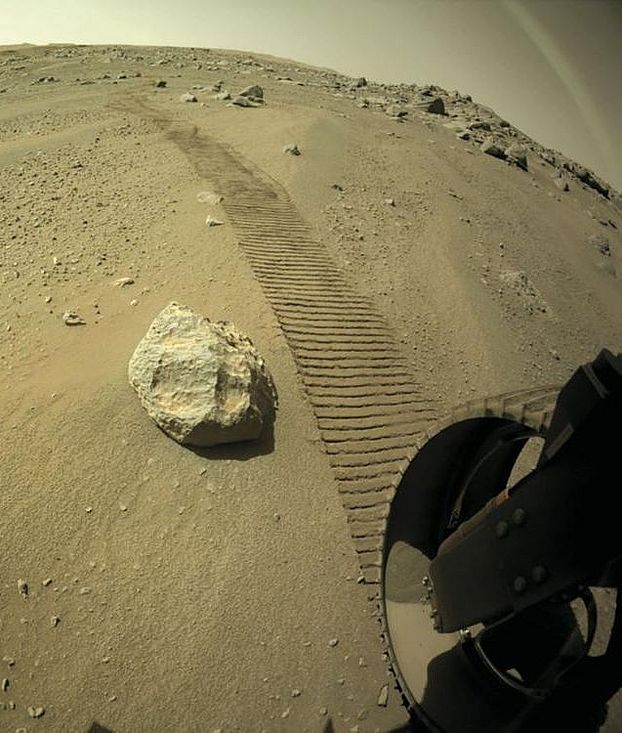 Perseverance, Ingenuity and Zhurong, the latest generation of space rovers and helicopters, can now send us data-images from Mars. Thanks to their state of the art tools, they participate in the visual and geological research of the Red Planet, revealing spectacular new perspectives of this distant landscape.

Their “data images” undergo all kinds of processing to make them usable for our terrestrial perception. This process plays an essential role for both research and the general public, but to what extent does the visual exploration of Mars, characterised by its multiple shots and observations, rely on the Earth as a reference point? In this article, Stutz analyses the social and technical factors at work here as well as the scientific conventions of imaging and data processing. Finally, she highlights Earth’s role in the study of Mars, notably through the example of test fields that replicate visual conditions on the Red Planet.